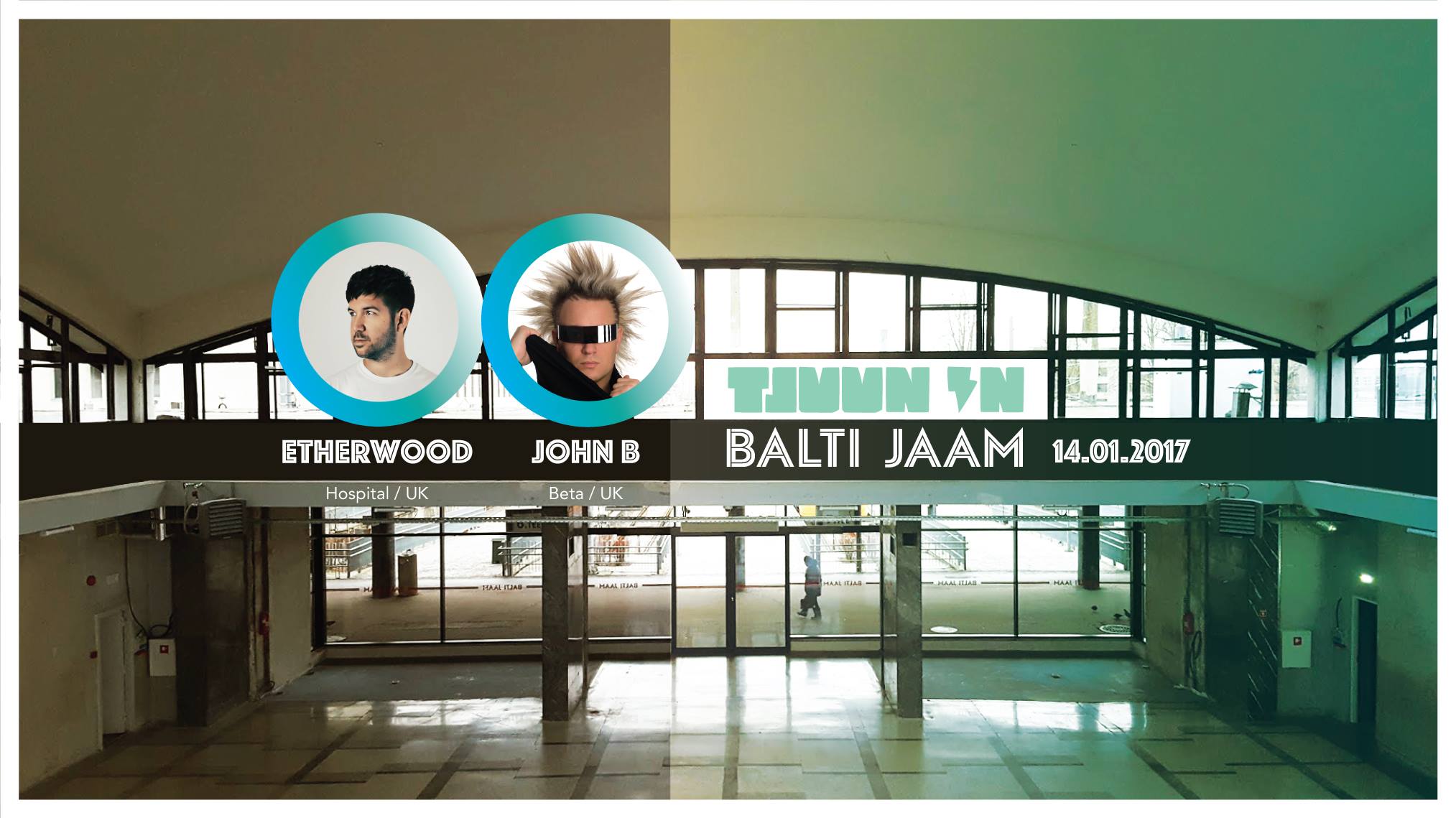 ETHERWOOD
Etherwood is undoubtedly one of the most promising young talents in the scene today. Originally from Lincoln and now living in London, Woody has already captured the imagination of thousands across the globe with his achingly beautiful beats and heartfelt melodies.

Early November 2013 saw the release of his highly anticipated self-titled debut album which garnered much speculation across the musical landscape. The album was heavily supported throughout the scene from a variety of artists including Netsky, Sub Focus and TC while also receiving plenty of airtime from a variety of Radio 1 and 1Xtra DJs.

After the overwhelming success of the album, "Woody" soon picked up the award for "Best Newcomer DJ" and "Best Newcomer Producer" at the 2013 D&B Arena awards, bagged a slot with BBC Radio 1Xtra's "Xtra Talent" alongside Crissy Criss, and teamed up with Hospital's Devonshire duo Fred V & Grafix to lay down the vocals on this year's summer anthem "Forest Fires". This forthcoming collaboration has already proved its potential for crossover success by being added to the Radio 1 Playlist over a month before release. As he continues to prove his versatility and talent, Hospital Records invited him to put together their first artist led mix album in over four years, which dropped at the end of May, entitled "Hospital Mixtape: Etherwood".

As we look to the horizon, things are looking very promising for Woody as he unquestionably holds down the title of man of the moment in the scene. With a signature sound that is both instantly recognisable and deeply compelling, his dedicated fanbase continues to grow in all corners of the globe, all eager to hear what's next from him.

JOHN B
Part man, part machine, part #airportninja… ALL original.
DJ, producer and multiple label owner: John B is one of electronic music’s most distinctive, creative and consistent contributors. Splicing genre DNA like a modern mad scientist, touring all corners like a D&B missionary; with a sound as sharp as his wardrobe and a vision as defined as his eyeliner, he’s ensured he’s remained a relevant, in-demand and influential source for almost 20 years and has developed one of the most loyal international fanbases in the scene.
The highest ever charting D&B DJ in the DJ Mag Top 100, John has found favour from all sides; from championing Mixmag’s groundbreaking Trance & Bass mix CD to being responsible for one of Metalheadz most enduring, timeless classics ‘Up All Night’, John unites scenes and sub genres like no other. A high profile touring machine, he’s drum & bass’s most characterful international ambassador, notching dancefloor bedposts everywhere from Moscow to Manhattan, Manchester to Melbourne, Los Angeles to London. Freshly signed to Evolution artist agency – home of the most respected drum & bass talents – this global representation has just gone next level.
The list of his creative accomplishments is endless: As a label owner, he’s responsible for signing early releases from an impressive roll-call of well-known artists to his labels Beta Recordings and Nu-Electro: Nu:Tone, Logistics, Commix, Xilent, High Rankin, Gemini, Receptor, Dexcell and Camo & Krooked have all enjoyed John’s support in the past while exciting new artists such as Gmorozov, Virtue and Vice City have all experienced the Beta treatment in the last 12 months and have plenty more in store in the near future. John has also developed a cult following on his food blog ‘Cooking With John B‘ and grows his own vegetables including voicebox-melting Trinidad Scorpion Moruga chillies.
The real heat, though, is in his beats: John has released on hugely influential labels such as Goldie’s Metalheadz and Paul Oakenfold’s Perfecto. His skills have also been identified by Nicky Minaj who recruited John for co-production duties on her hit single ‘Here I Am’. He’s also remixed artists as disparate as Howard Jones to Pendulum via Bloc Party, Michael Cassette and My Robot Friend.
Meanwhile as a selector he can conjure up the deepest, darkest classic sets, the most forward-thinking futuristic free-for-alls… And everything in between. No stranger to electro, Latin, punk, techno or jungle, his hugely popular podcasts reflect his rich understanding of the widest picture. Destination johnbpodcast.com: each show regularly exceeds 100,000 downloads and frequently hit the number one spot on Mixcloud and iTunes podcast charts top 10. For 18 months he also blasted his broadcasting experience to over 130 cities across Russia with a weekly show on Radio Record.
Naturally his wide range of reference points and his passion for all styles are also represented in John B productions.

Your ticket purchase was successful. Share your love with friends.

Ticket sent to None

Say your name on door (take your ID with you)

Your name has been added to the event host's guest list. Print out tickets and take them with you just in case. If asked, say your name at the door and show your ticket. Be prepared to show valid photo ID upon request.

If you have more than one ticket print them all out and present upon arrival.

Printable tickets with your name and unique ticket number(s) have also been sent to your email in PDF format.

Thank you for signing up.